New Hampshire Democrats were granted a fresh new start last week when voters returned them to power in the House of Representatives.

House Democrats should respond in kind by electing a fresh new leader – Nashua Rep. David Campbell – to be their next speaker when they caucus Saturday.

He is qualified. He is respected. And, perhaps most important of all, he has a proven track record of putting partisanship aside and working with members of the other party.

That Campbell is competing for the post against former House Speaker Terie Norelli, of Portsmouth, should come as a surprise to no one.

The six-term lawmaker formally announced his interest back in June – at a time when his anticipated opponent was going to be House Speaker William O’Brien, who already had announced his plans to seek re-election.

So this isn’t some quixotic, eleventh-hour bid prompted by last week’s convincing Democratic victory, which shattered the GOP’s 3-1 stranglehold on the House and returned the chamber to Democratic rule.

Read the rest of this editorial at The Telegraph online...
Posted by David B. Campbell 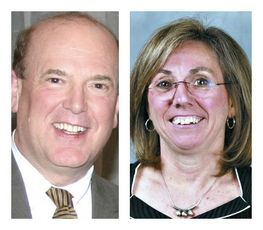 "I believe the past two elections have shown the electorate is definitely not for anybody, they've been against (the party in power)," said David Campbell, a Harvard-educated lawyer who served in the House from 1978 to 1982 and again from 2004 to the present. "Two terms ago, the GOP didn't win, voters threw the Democrats out. Now Democrats did not win, voters threw the Republicans out. Voters are dissatisfied with what's going on in Concord, and the only way we can advance state government is to form a coalition that reaches across party lines. We need to galvanize a coalition to solve problems."

"Our voting records as far as Democratic values are identical," Campbell said. "I don't think that's the issue. It's how we're perceived by Republicans and how each of us would lead the House moving forward. I'm a less polarizing person. I think the Republicans respect me and I think they would cooperate with me if I led the House. I'm under no illusions. I understand politics being what they are, many issues split along party lines."

To read the full article, go to SeacoastOnline.
Posted by David B. Campbell 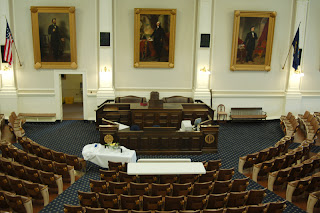 As a Democrat and as a life-long New Hampshire resident, the last two years have been difficult:  being in a super-minority and watching the House repeatedly vote to radically alter the very policies that have over the decades established New Hampshire as the best state in which to live, run a business and raise a family.  Maintaining New Hampshire’s quality of life, which has been second to none, will be my top priority.

I believe that I have the leadership and parliamentary skills necessary to lead the New Hampshire House of Representatives, to deal with the challenges that lie ahead, and to work collectively to formulate policies that benefit our State and its citizens. I have formed relationships through the years that will allow me to effectively communicate with:  members of my own party, my Republican colleagues, Senators and Councilors of both parties, department heads, the media, and most importantly, the public.

It is imperative that we restore political sanity and a moderate, common-sense state government during the next biennium.  I want to lead a House that honors civility, common courtesy and fairness between its members, on and off the floor.  I am running for a new legislative future, with new energy and a new messenger.

The House of Representatives must elect a Speaker who will energize, inspire and unite, not only Democrats, but to the extent possible, the entire NH House as a whole.  I offer myself as that leader.

Posted by David B. Campbell

"Most of us are in the middle. New Hampshire citizens want their state government to work. They want fiscal responsibility, common sense, non-extreme, state government that works." View this recent video from Access Nashua TV. 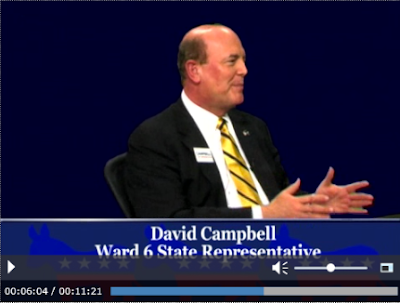 Click to view interview.
Posted by David B. Campbell

On the Floor: Speech Honoring Portraits of Abraham Lincoln and John Hale in Representatives Hall on 150th Anniversary of the Civil War

Posted by David B. Campbell 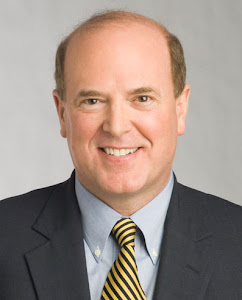 “The House of Representatives must elect a Speaker who will energize, inspire and unite, not only Democrats, but to the extent possible, the entire NH House as a whole. I offer myself as that leader.”
— David Campbell